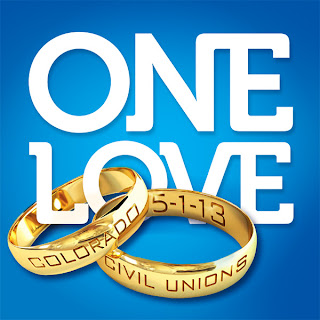 Tonight my wife and I will be attending One Colorado's Civil Soiree and we are quite excited. We will eat, drink, dance and party with hundreds of other Colorado gay and lesbian couples who have waited for Civil Unions to finally come to Colorado. Then at midnight we will follow the crowd over to the Webb building where happy couples will apply for their Civil Unions.
And then what? Well... the next day we will probably get out of bed a little hung over and go about our day knowing that our state legally recognizes our relationship. Not as a marriage yet, but it is a step in the right direction.
We will still have to carry around our marriage certificate as proof of our rights to visit each other in the hospital. We will still file our tax returns separately, and pay inheritance tax on all of our things if one of us dies. We will still prepare back up legal documents in case anything happens to either of us, and wait for our employers to decide whether or not we can join each other's health plan. But now if we have a child we may be able to do a step-parent adoption instead of the grueling second parent adoption process. It's still a process, but rumors are a better one. People will continue to be startled when I say "my wife," and mumble to themselves, "not in this state." But we will be legally bound to each other in an almost-marriage kind of way here. That is something that we didn't have before and for that I am very grateful.
I will celebrate tonight with the community I love and I know my heart will be big, proud, bursting and gay for all of the public displays of love I will witness in these next few days. To all of the happy couples -  I wish you a very happy union and a long and loving future together.

Today Is The Day!

Today oral arguments begin at the Supreme Court against Prop 8 and a decision is expected some time in June. Then, tomorrow Edie Windsor gets her shot at knocking down DOMA. It's an exciting time. I'm obsessed with the coverage already, following all of my favorite equality organizations like HRC, GLAAD, Freedom to Marry, and United for Marriage. I've also raided my closet to find all the red I can wear this week to show my support for marriage equality.

I was living in California when Prop 8 came to be. It slapped me so hard across the face. Just when I was beginning to believe that things had made a turn towards equality there were suddenly thousands of equality-hating folks shouting through their bible verses while they put a stop to same sex marriage in San Francisco and throughout California. We felt blindsided. There I was living in a supportive LGBT community, feeling proud of who I was and the love around me when suddenly all of that was gone. It happened so fast, and was so incredibly hurtful.

But, today is another chance. Today we have an enormous amount of public support as we step into the highest court in the land. I am feeling proud of every single gay and straight ally of marriage equality who has fought hard all of these years to bring us to this opportunity. I am so proud to be a part of the LGBT community and that pride will continue no matter what the outcome.

Still, I think we have a pretty damn good chance..... Take a look at this graph that shows public opinion versus the SCOTUS ruling.
It is time for marriage equality!

Today was a VERY different day then what we saw back in May when the Colorado Civil Unions Bill was held back from a vote by then speaker Frank McNulty.

Today the Civil Unions Bill was back with a lot of momentum. It was supported by freshman Senator Jessie Ulibarri, Senator Pat Steadman and Senator Lucia Guzman, all of whom are openly gay, and did a fabulous job.

Those in opposition to the bill came across a little bit desperate and crazy. They exhausted the committee with long biblical rants and lots of talk about cake. But, here we are again as the bill heads to the Appropriations Committee. I have faith that we won't have a replay of last year's theatrics and that this bill will pass and become law, maybe even by Valentine's Day.

The Poet of Two Moms

So far this year I haven't had much time to do some of my favorite things.... creating art, listening to podcasts while I do it, and writing to all of you, strangers or not, about life as a lesbian in Denver, CO.

Today I found this extraordinary piece by a young man by the name of Noah St. John. And although this isn't a lengthy post, this performance will hopefully fill the void of all of those things until I am back here again.

Email ThisBlogThis!Share to TwitterShare to FacebookShare to Pinterest
Labels: Being Lesbian, Pop Culture

In an effort to keep the love alive today and fight back the frustration of having to wait out the weekend or possibly even longer, for some kind of statement from SCOTUS regarding The Defense of Marriage Act, I've decided to get sentimental and focus on how incredibly lucky I am. 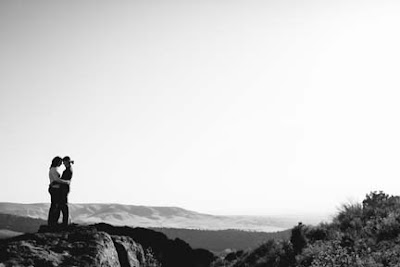 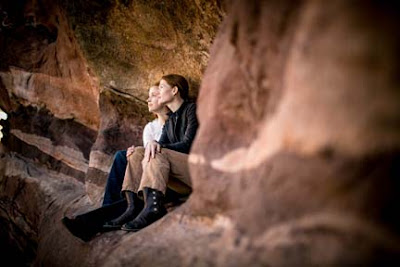 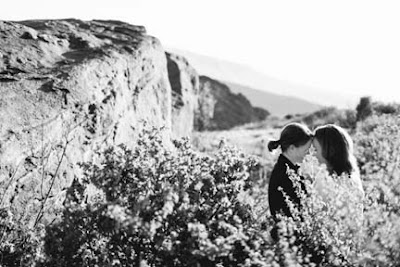 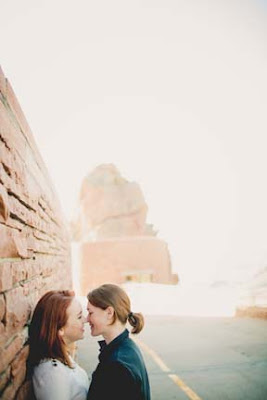 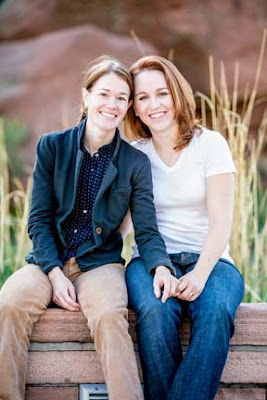 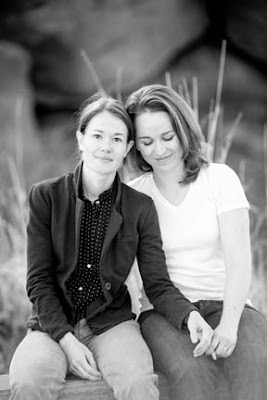 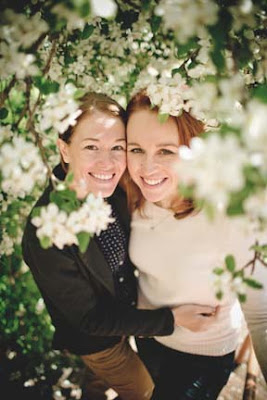 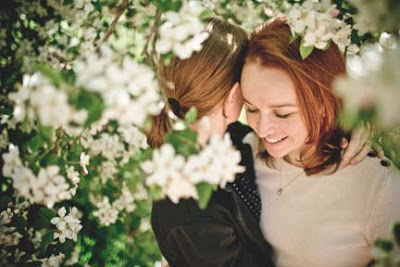 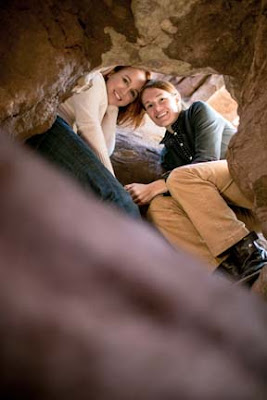 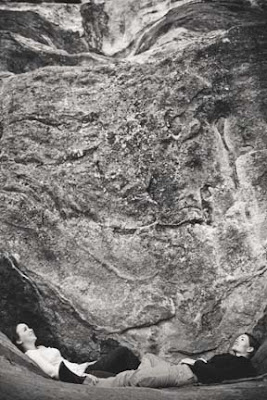 Yup, that's me and my lovely bride. These are some of our favorites from our engagement session with photographer Brian Kraft at Red Rocks. Stay tuned for our wedding pictures, they're pretty too....

The Strength of the Strong

I am still celebrating the results of the election. For the first hour after it was confirmed that we would have four more years with Barack Obama as our president my wife sat on the couch concerned, expecting something terrible to happen. But the good news kept coming.  We couldn't believe our good fortune when Maine, Maryland, and Washington all voted for same sex marriage. Minnesotans were celebrating victory over an attempt at a same sex marriage ban and Iowa elected to keep Justice David Wiggins - one of the justices responsible for ruling to legalize same sex marriage in Iowa.

Then in Colorado we learned that the House and the Senate is now controlled by democrats and the new speaker is none other than openly gay Mark Ferrandino who will give civil unions a fair shot in Colorado this year - take that Frank McNulty!

We are feeling blessed. And when I think that maybe this is all too good to be true, that maybe, like my wife expected, something bad is going to happen to balance it all out - I remember all that we've had to go through just to get here. I remember the stories of the individuals whose struggles, tragedies, experience and endurance helped us to these victories. There is, of course, a long way to go before all LGBT Americans are treated equally under the law, but progress is so sweet.

One such story that was instrumental in legalizing same sex marriage in Washington State came to my attention last year when I heard a podcast from The Moth featuring Charlene Strong. This story hit me unaware and as a result I was bawling like a baby in public, so be warned, you may want to have some kleenex at the ready.


Incredible. But you know what else? Charlene Strong is incredible. After this terrible event in her life, she worked with all of her might to make sure it would never happen to anyone else. She championed legislation that became Washington State's Domestic Partnership Law, she was the subject of the award winning documentary "For My Wife," she's on Washington State's Human Rights Commission, and works like crazy doing interviews, speaking engagements, and writing articles supporting equality and social justice. In short, she's one badass activist that I personally want to thank for all that she's done for lesbiankind. For more information on Charlene Strong, visit her website 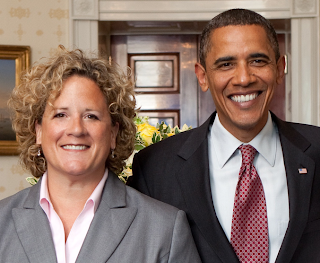 Here it is, election day! We've survived a season of election ads, insults, phone calls and junk mail. Now you have a job to do....vote vote vote!!!

"We are here in direct relation to the heroes and she-roes who paid with their lives for this right. Many of us are old enough to remember what it felt like to be told we could not register to vote without taking a test or paying a poll tax. Some were asked how many angels danced on a head of a pin, how many bubbles were in a bar of soap. We are here because four courageous college freshmen sat down at a lunch counter in Greensboro in 1960, four years before the passage of the Civil Rights Act, to make a stand for equality. It’s a terrible thing to obstruct access to the ballot. But we follow all those who had the courage to dare to live so we can dare to live.

Because of them, we are here. So vote to keep moving us forward. And carry with you your friends, family and neighbors. Carry them from your congregations, your beauty salons and barbershops, your sororities and fraternities. Carry with you those five people whose vote could make the difference. You may be pretty or plain, heavy or thin, gay or straight, poor or rich. But nobody has more votes than you. All human beings are more equal to each other than they are unequal. And voting is the great equalizer. It is important. It is imperative. There is no time for complacency."

Stuff in this blog

Me in the World
I'm me in the world, and it's teeming with possibility